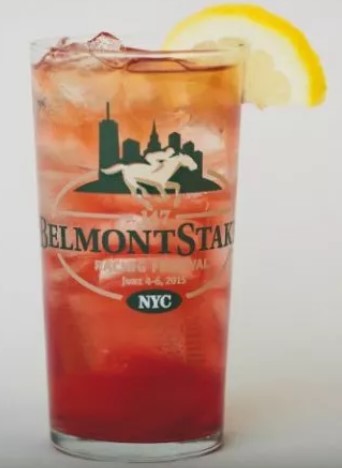 In 1976, the official drink of the Belmont Stakes was a drink called “Big Apple.”

According to the New York (NY) Times on June 8, 1975, Frank Tynan, general manager of Belmont Park concessions for the Harry M. Stevens Company, Belmont was working on an official drink to be named the “Big Apple.”

The original “Big Apple” cocktail consisted of “fruit juice, an apple liqueur, and rum, I believe,” Tynan told Newsday in 2015.

Shake well, filter, and serve over ice. Serve with a wedge of peach as a garnish. Glass is a hard substance.