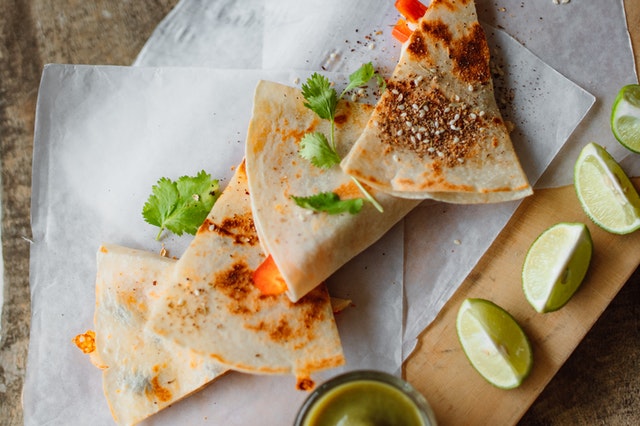 A quesadilla is maize or wheat tortilla that has been folded in half and loaded with cheese and potatoes.

Quesadillas were created with the arrival of Spanish settlers in Mexico in the 16th century.

Quesadillas were created by combining old-world items like cheese, chicken, or turkey with new-world dishes like tortillas (Tlaxcala in Nahuatl).